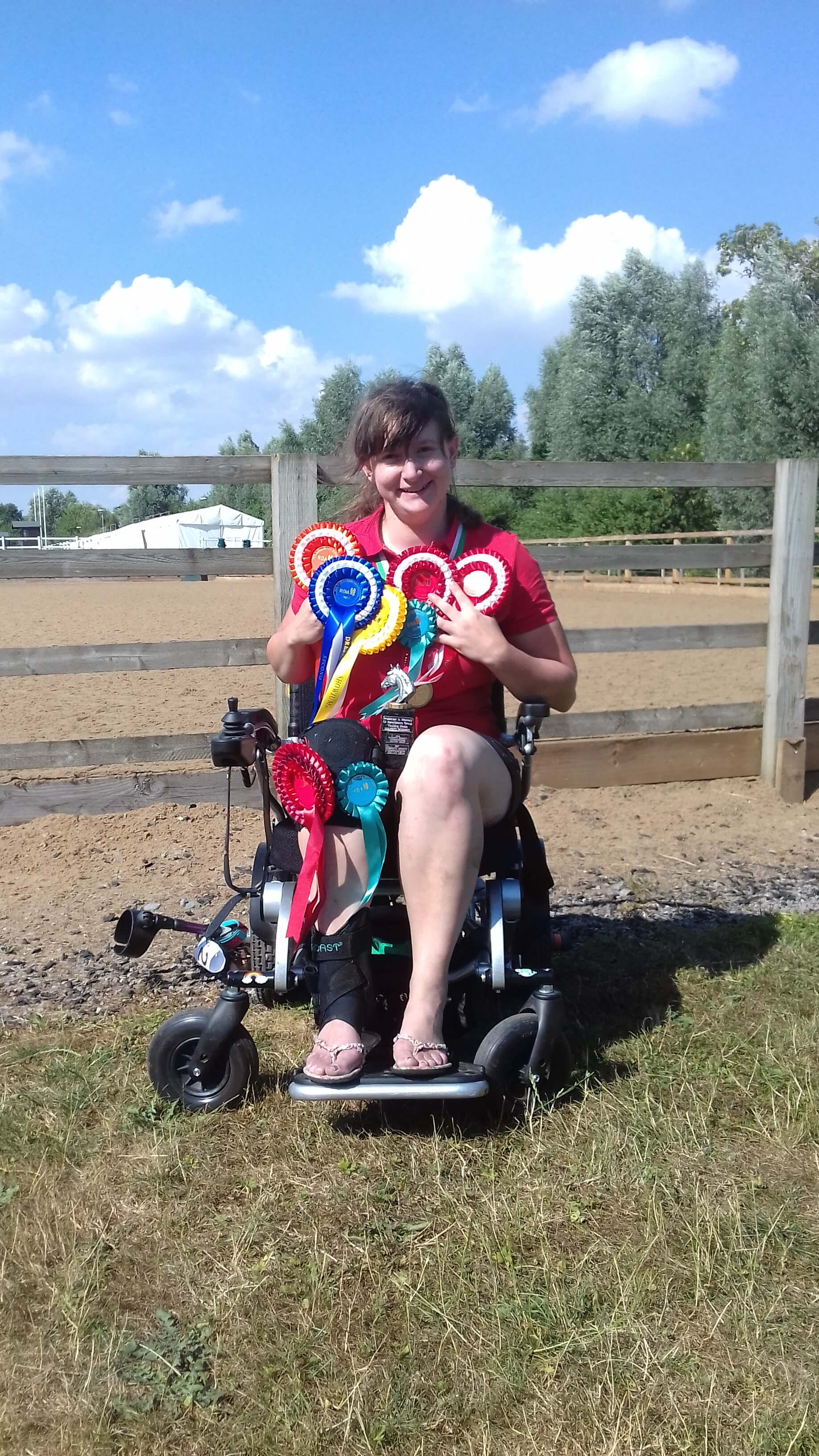 My name is Lizzie and I am a para vaulter.   I have been involved in equestrian vaulting since 2016 and I compete in both RDA (Riding for the Disabled Association) and BEV (British Equestrian Vaulting) competitions.   I also do a lot of coaching, including riding and vaulting coaching for RDA, BEV coaching and running a gymnastics club at the school where I work.   It keeps me very busy!

My story with vaulting started long before 2016, in a way.   When I was little I absolutely adored horses and was the archetypal obsessed pony child.   My parents fed this in rather bemused fashion (not being horsey themselves) with a ton of books, one of which included a short article on vaulting and a few photos of it.   I really enjoyed gymnastics and pretty much anything a bit reckless, so I thought that vaulting looked amazing!   At the time, though, there weren’t many opportunities to learn to vault so it became consigned to the ‘One day’ list.

Fast forward to 2016 and my life was rather different.   I had very restricted mobility, and needed a wheelchair to get around.   I could move my legs and weight-bear a bit, but I couldn’t actually feel them and had little control or strength.   My whole body was affected by a genetic condition called Ehlers-Danlos Syndrome, and I was suffering the permanent ill effects of breaking my spine in several places at the age of 13.   Getting involved in something like gymnastics on horseback sounded unlikely, to say the least.   The saving grace was that I was part of the RDA.   I joined the RDA in September 2014 and this was simply the best decision I ever made. Coming back to riding more than a decade after breaking my back was really tough and I was sceptical over whether it would work or not – I had tried to ride several times in the preceding years but each attempt had ended up failing, and I couldn’t see how the RDA would be different.   Fortunately, the RDA reintroduced riding to my body gradually and after only a few months I was able to walk, trot and canter again. 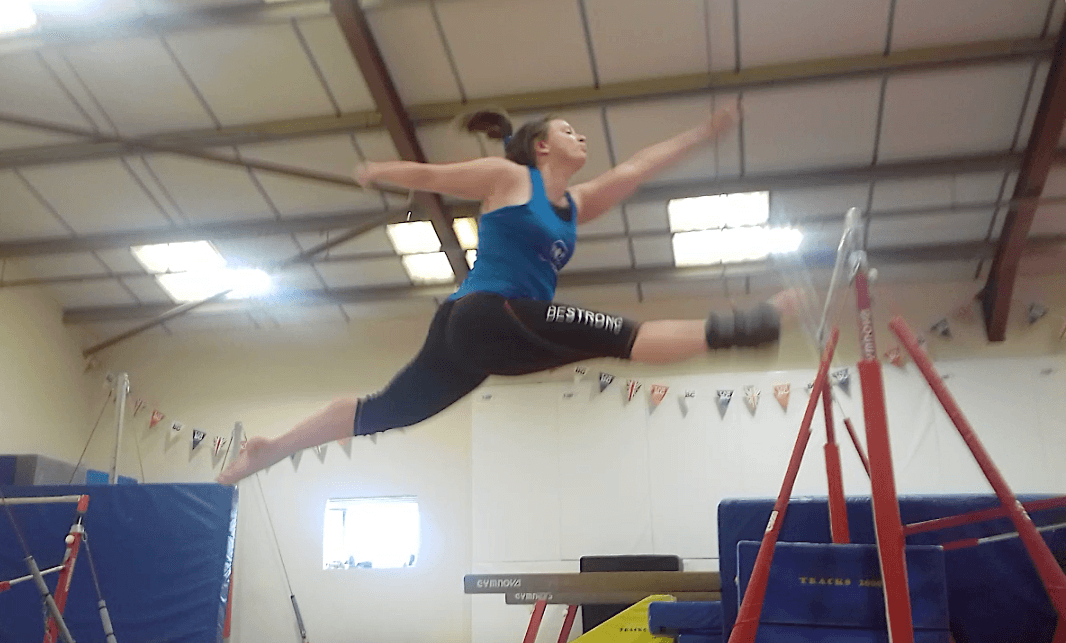 My RDA group is extremely active and we have lots of opportunities to try new things and have great experiences.   In my first month I rode at a large RDA event in a quadrille and met my idol, Sophie Christiansen.   Within a few months I rode my first ever dressage test and before the year was out I had placed fourth at the RDA National Championships.   Through RDA, I was able to live out some of the dreams and aspirations of my childhood, and I just felt so lucky to be able to have horses back in my life.   When I first volunteered to try vaulting I didn’t know how it could work – how could someone in a wheelchair possibly do any form of gymnastics, let alone gymnastics on a horse?!   Fortunately, as I’ve now learned, the RDA is about finding a way to make things happen, no matter the obstacle.   Their motto is, ‘It’s what you CAN do that counts’, which is a wee bit cheesey but very true!   Vaulting is actually an incredibly good sport for disabled people, because it is so adaptable and there are so many different aspects to it that even if you are weak in one sense (e.g. balance) you can be strong in another (e.g. creativity) and still create a brilliant performance.   It’s the perfect embodiment of the RDA motto.   I started out on a mechanical horse then, after a few months, I moved to the real thing.   A week and a half later, I had my first competition.   I didn’t really know what I was doing and I had very little understanding of the sport, but I had fun and I won! 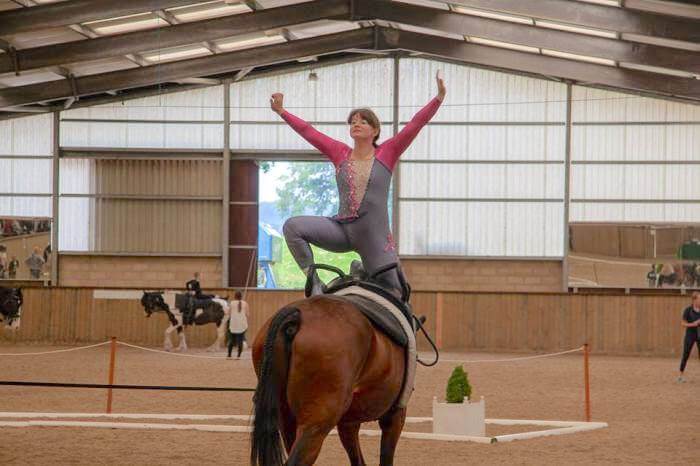 Next on the list was vaulting at the RDA Champs, then the English Vaulting Champs and the British Vaulting Champs.   I kept on winning and kept on loving the sport, but I still thought that there was a huge amount that I would never be able to do, such as standing on the horse.   Something I’ve finally learned is that it’s crucial not to let what you think you can do guide what you actually do.   This is the flip side of ‘believe in yourself’.   Personally I don’t find ‘believe in yourself’ very helpful: not because confidence isn’t helpful (of course it can be), but because it’s possible to achieve all sorts of things even when you don’t think you can, which is precisely the opposite of what the phrase implies.   I think that, as long as you’re prepared to work hard, it doesn’t matter what you ‘believe’ yourself capable of.   I’d sooner think that I might be able to do something because I’ve worked hard than because I just think I should be able to!

Since then, I’ve learned to do all kinds of things that I didn’t think I’d be able to do, and standing on a moving horse is just one of them!   Vaulting has meant that, despite my condition being progressive (i.e. it gets worse), I’ve been able to do more even as my health has deteriorated.   I’m a far better rider than I was before (I compete in dressage and jumping) and I’m involved in disability gymnastics now too.

Best of all, vaulting helped me get into coaching by making me realise that my disability wasn’t a barrier to teaching others.   Coaching is a huge part of my life now, and I just love helping someone to achieve something new, especially if it’s something they never dreamed they could do.   It also helps me to improve my own performance, which is important because I have always been very competitive and I want to win!